So it was that time of the year! My annual pilgrimage to the south coast and diving out of France. In the past it was the most challenging trip of the year (logistics wise) as I had to get myself prepared for 3-4 days of repetitive gas diving without any access to O2 (Oxygen) or He (Helium) fills.

The plan was simple get the boat Steve Johnsons Channel Diver from Brighton Marina and head out to France. Mid Channel dive a wreck and continue to France after the dive. Arrive in France go for dinner and then the next day head out of FeCamp and dive a wreck in the coast of Normandy. After the dive return to France for more croissants, baguettes and smelly cheese! Finally on the third day Leave escargos and fromage and head back home with a dive on the way back.

Yes but there is a twist. The boat does not have O2 or He. So if you are an open circuit diver you need to take with you enough gas for the whole of the trip. For someone like me who likes breathing (A LOT) that means about 3 twinsets and 4 stages minimum. Now that is a lot of gear!!! (I know – I ‘ve done it twice now!!!)

Fortunately I have recently moved to the Dark Side and got my self a “breather” or a rebreather (for those not initiated into the tek-diving slang) and with my gas logistics issues resolved I should be all good to go right?

Well not quite. See in the mean time I moved from London (very close to Brighton) to Aberdeen (nowhere near Brighton) so this year’s trip it was still a challenge because although gas management was not an issue driving was!!!

And of course typical of me a week before the trip I changed jobs so had to give back my company and only car I had!!! 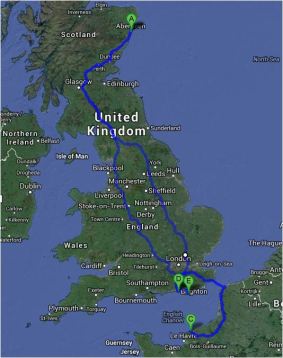 So having hired a car I loaded my kit and headed south. An early start at 05:00 helped missing traffic and soon I was on the M26 heading down. The trip was boring but uneventful and I was very pleased at that!!!

On arrival to Brighton it felt like I was already on holidays in a different country as the heatwave had girls in bikinis lying in the beach or the park!!! Success! I was definitely on holiday mood.

I checked in to my hotel with a grumpy and miserable receptionist (see review I posted) and headed out to the beach for lunch and a well deserved drink!!!

Tuesday morning I checked out and headed to the marina to board Channel Diver and meet the rest of the crew. 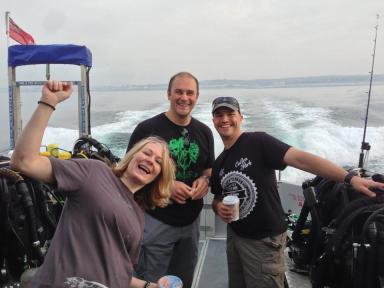 My mate Andris Nestors was already there loading his gear on the boat and I followed promptly. As soon as I made my way to the boat I was greeting by friendly faces! Broady and Nicola were there, of course Steve (our skipper) and Nigel Ingram and Tommy with whom I had done similar trips in the past! Excellent 🙂

All gear was loaded we headed off to France. The weather was simply stunning. Hard to believe we were about to go diving  la Manche

The first dive was the HMHS Lanfranc.

HMHS Lanfranc was a hospital ship (6287 grt) torpedoed and sunk by German U-boat UB-40 on 17 April 1917. 17 British and 17 German patients were lost  Some 570 survivors were picked up by the destroyers HMS Badger and HMS Jackal aided by HMS P 47 and the French patrol boat Roitelet, and taken to Portsmouth. For  further info see: the Wreck Site

The first dive wasn’t exactly a great success. I jumped in with Andris but early in the dive I realised that both of my computers were set to the wrong gas. 😦 I managed to successfully communicate it to Andris but somewhere in the fuf we got separated and at that point decided to ascent. Once on the surface Steve picked me up, I updated the gas on both computers and soon I was back in the water descending the line to Lanfranc. As I was on my own and the current was picking up I kept the dive short and headed back up not before long.

After the dive we continued our journey crossing the channel unti

l we made it to Fecamp. On arrival to the marina we checked in to the hotel Grand Pavois which Steve had booked us. After checking-in (which took a while – but then again we were a big group) and a quick shower (still impressed with the ranch-style bathroom door, the double sink and the lack of curtains) we made our way to the local restaurant for beer and steak-frites!!!

Wednesday morning we decided to have a look at the hotel’s breakfast which was not included in the price and as I do have a soft spot for salmon, brie and baguettes the call was made to stay at the hotel for breakfast! YeY!!! 🙂

After breakfast we made our way back to the marina where Steve was waiting for us to go diving! The plan was to dive an unknown mark that Steve had picked up on a previous trip. On arrival to site and after the shot line went in, myself and Andris descend to the wreck. Initially it was a bit confusing but after a while it became evident that although this wreck was a man made structure it was not a ship. It turns out it was some sort of a platform or maybe a Mulberry Harbour?

Loads of life and some dinosaur sized lobsters!!! a pair of fishermans? (longjohn style) trousers at the bottom and a MASSIVE buoy inside the wreck kept us amused and resulted in a total runtime dive of 100 min! 🙂

Although we had not discovered a Spanish galleon loaded with gold doubloons, our unknown wreck proved to be equally amusing and enjoyable!!!

for my Chateaubriand and Nigel and Tommy’s share of humongous plate of meat!

Thursday morning after another excellent breakfast (smoked salmon and brie with fresh baguettes and croisants) we checked out and started our return journey. Halfway we stopped at the HMHS Lanfranc for one more dive and (unlike the Tuesday dive) everything went to plan and dived all the way from the bows to the stern!!! 🙂

In the evening we off loaded the boat, said our goodbyes and loaded the cars for the next part of the trip. Me and Andris were heading to Eastborne to dive with David Ronnan and Sylvia (Dive 125). 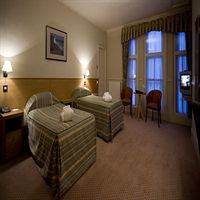 photo of room from expedia.com

and headed to the restaurant for beers and a well deserved dinner! As the load time was a very civilised 11:15 we left all the fuffing for Friday morning. 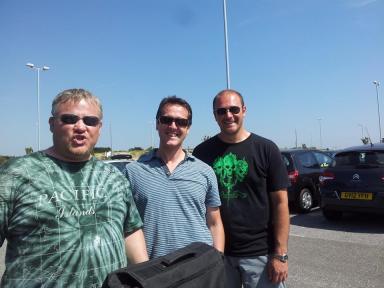 akfast (brie, salmon, baguettes and croissant are good but…) he headed to the Sovereign Marina to meet with Matt Speed (the third member of the A-Team) was going to join us to dive Caleb Sprague!!!

Once we loaded the boat and out of nowhere Chris Hall appeared! It is nice being back in the south Coast and diving with Friends!!!

On January 31st, 1944, the British steamship Caleb Sprague (1813 grt) was torpedoed and sunk by German motor torpedo boats , S.E. of Beachy Head on a voyage from London to Newport.

Twenty-two of her crew of 27 and three of her four gunners were lost. (information from the wrecksite)

Myself, Andris and Matt descended to the wreck which kept us busy for around 40 minutes (and that was excluding the Lobster hunting time!!!). Once we had enough (to see and dinner) we made our way up and surfaced at the planned 2 hr runtime.

Sadly that was the last dive of the trip. Back on the beach we unloaded the boat said our goodbyes and I headed back to the Hotel for my last night south (by that time it was too late to start the return journey).

Saturday morning I started the long journey back, which ended even longer as the stupid sat-nav sent me via the M1 (YIKES!!!) and ended up back in Aberdeen about 17:00 in the evening. Knackered! But what a great week!!! Great dives! Great catching up with friends! Awesome weather!!! What more could anyone ask for!!!

Many thanks go to:

Great to see you, excellent diving with you and looking forward to see you all again soon!!!